Akshay Saxena, an out of work editor of a defunct literary magazine in the UK, is told to move to India for a year to help shore up the value of Kalim, an ailing Indian publisher.
Akshay finds himself in a job where he has to do the impossible. Angus Lee, the new owner of Thomson Lee Books, wants at least five bestsellers in the coming year, failing which the business would be wound up.
He has to find a way of making a success out of books he would never publish or would never even read. To complicate things further, he has to contend with motley crew of has-beens and misfits working for the publishing house as well as wannabe writers, dealing with their follies and derisive tactics, and battle his own affections for Zorah Kalim, the impulsive daughter of his former boss.
Will he succeed in bringing out that one ‘bestseller’ from his publishing house? And what about his own life and love in office? Find out in this riveting read.

The first thing I noticed about the book was the title ”Bestseller”; it instantly made me cringe from inside. Behold my friend, that was my first impression without reading what the book was actually about. I had just started the book, and couple of pages into it; the title made sense and the story started gripping me (something that happens quite rarely). I was hooked, more so because it was an unheard story, something that I haven’t read at all. What makes the book even more delightful is that it is from a point of view of an editor in the world of publishing.

Bestseller has some interesting characters that hold true to the story line. The protagonist, Akshay is an editor with principles and respect for the craft. He is witty and how, I managed to finish the book – wanting to read more of his sarcasm. Mr. Samuel, Sita, Zorah, Tarun (the CEO guy) etc all seem to add to the extensively laid performance in the book.

Writing of the book is simple, honest and flows like water down the stream. There is an absolute crispness in the dialogues which makes the book come out to be quite a distinct read.

Overall, the book is a light and enjoyable read. I wish there were more layers in the character which could have given an edge to the story line; though I understand, it would have been a difficult task looking at the pace of the story. The book is short that has just the right amount of humour to entertain you. 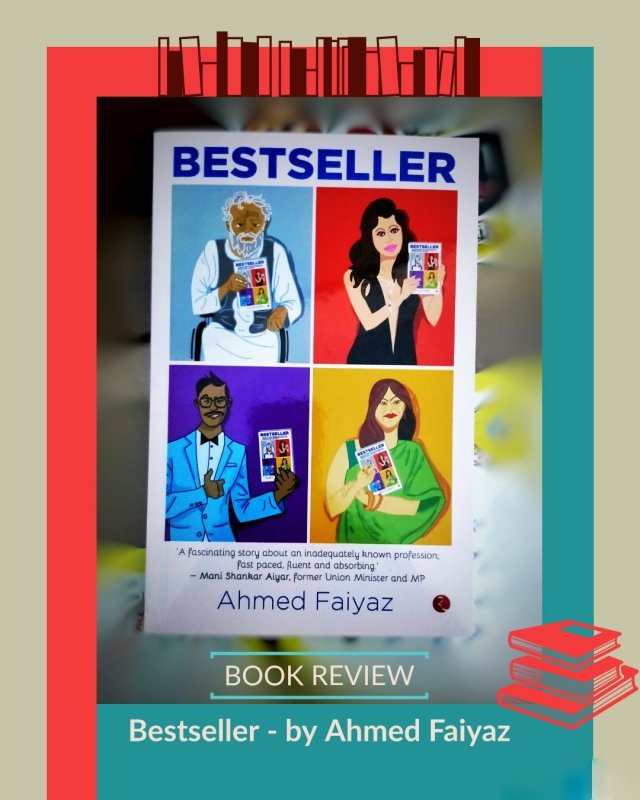 Who am I? An Earthling, who is curious to know the cosmos and the meaning beheld in it. A human, trying to create an identity among the billions. A woman, who is still finding her purpose in this great life bestowed upon her.